Plot Structure – What Every Writer Should Know 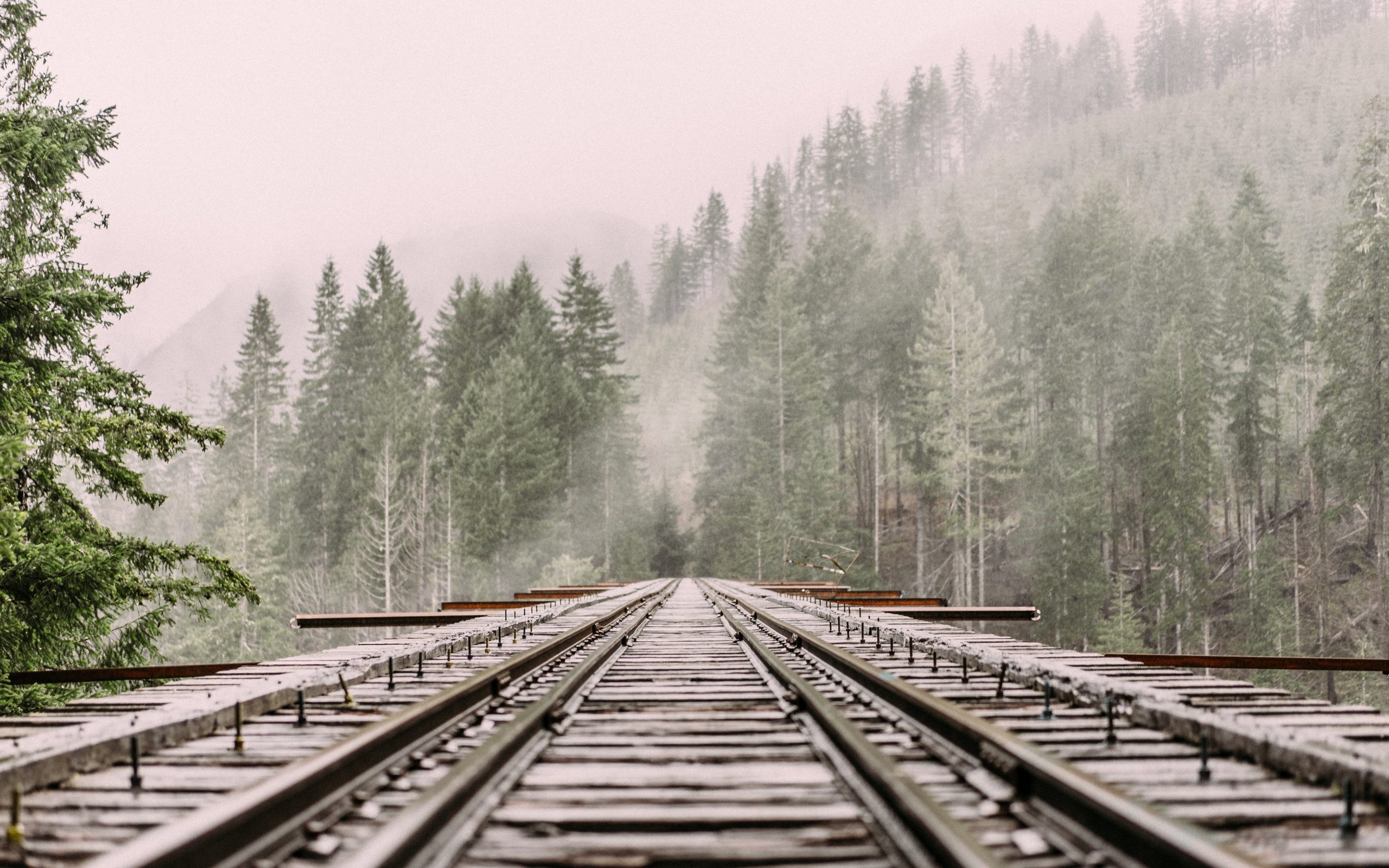 **This post may have affiliate links, this means I may receive commissions if you choose to purchase through links I provide (at no extra cost to you). For more details, please see my Disclaimer**

Last Updated on January 8, 2020 by Katherine

Picking up on my earlier post about why you might want to consider plotting rather than pantsing your novel, I thought I might share with you the basics of plot structure so you can plan your book out as best you can. I wrote this post with a novel in mind, but you can use a lot of this into shorter works without issue. I am currently writing two novels using the traditional three-act structure. I’m about halfway through writing the first one and have only just begun the second one (I ideally would have waited to finish the first one, but that darned writer’s muse doesn’t let you pick when the ideas are going to flow!). 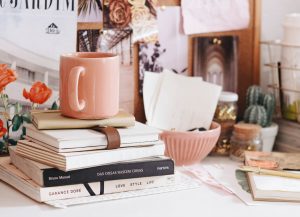 I was initially introduced to this by Christopher Vogler in his brilliant book The Writer’s Journey, which you can buy through Amazon.

This act is where you set up your novel’s setting, characters, and other essential details that your readers need to know. Despite being the foundation of your novel, it’s only going to take up about one-quarter of your finished story.

Plot Structure Begins With a Character

There’s always the main character. Whether they are JK Rowling’s Harry Potter, Elizabeth Bennett in Pride and Prejudice or Sir Arthur Conon Doyle’s Sherlock Holmes, these characters need to be introduced in the first act because you want your readers to glob onto them, to care what will happen to them and the like. For one of my novels, I had a detective character, and you can bet they appear in the first scene! You can check out my earlier post on character creation here.

What is their ordinary world?

Your character has a reality that forms their “everyday” life. For Harry Potter, his ordinary world was living in the cupboard under the stairs in his aunt’s house. You may want to check my earlier post 14 Questions to Ask Yourself When Building A Fictional World to get started.

Inciting Incident or Call to Adventure

When crafting a call to adventure, you need to consider a few things, according to Kristen Kieffer:

So for Harry Potter, the call to adventure is the school letter from Hogwarts, to allow him to leave behind his horrible muggle relatives! 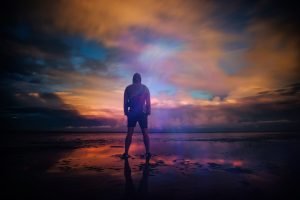 Now your character has chosen to answer the call. They have to, otherwise your story kind of ends right here and that’s a bit boring. It’s why your call to adventure needs to be sufficiently “loud” enough that your character has no choice but to dive in.

The reason does not need to be laboriously explained, either though. For example, I’m writing a mystery novel, and my main character is the detective and her sense of duty to protecting her town from bad people is enough to convince her to go after the killer. By establishing that trait in her from the get-go, it’s easy for me (and for my readers) to understand why she would choose to go chasing after a murderer!

Act two is the most extended bit of your novel, comprising about half of it. This portion consists of all the build-up to the final act. 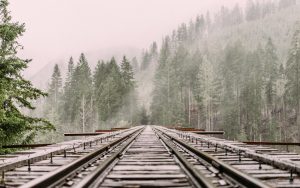 As your character begins their journey, the action of the story will start to build. Harry Potter begins his Hogwarts year and meets his professors and the like. In my detective novel, my main character uncovers and processes a series of clues that will (hopefully) lead her to the killer.

This part is, as you might guess, about halfway through your novel. Mainly the event at this point in your story should be a direct threat to your main character’s goal. Most authors tend to think of this point as either providing your character with a boost or a setback. 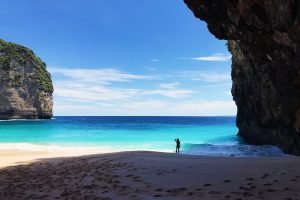 After the midpoint action, your character needs to decide if they are going to give up or keep going. Most authors keep their character going in the interests of the story. Like answering the initial call to adventure, you want to give your character a reason for going on (and by extension, your readers a reason to keep reading!).

This part is your last quarter (sometimes even less) of your finished story. It’s sometimes called the resolution. 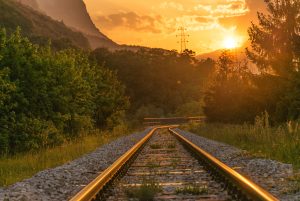 These are the events that lead up to the final moment of action. Building on the mid-point “collapse” or “rise,” these events will build quickly to the inevitable conclusion.

This is all the final bow-wrapping bits that come after that climax. Denoument means “falling action,” so that might help you remember what purpose it serves. You might hint at a sequel here, but only subtly so. In the last scenes of Harry Potter, JK Rowling had Dumbledore explain what happened (In typical Dumbledore fashion).

Plot Structure is Your Skeleton!

So there you have it friends, my favorite three-act plot structure. Once you’ve chosen the general direction of these main points, you have a pretty good skeleton to build your novel on.

I’ve included the approximate number of scenes for each act just for reference. You can go above or below that number as you see fit, but it will give you a general idea. I like to think of my fiction writing in terms of scenes as they are sort of a complete point within a novel.

Need a scene planner? Want to steal mine? Sign up for my email community below (Always spam free) and get your FREE pdf download today!

I hope you enjoyed this week’s blog post, if you did, feel free to hit me up in the comments down below or share this content on your favorite social media platform or pin it to Pinterest. 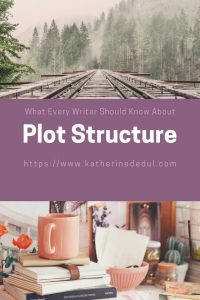 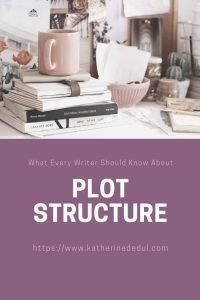 Next week I’m going to talk about affiliate marketing and why you should be using it on your blog if you want to make a little extra money. Until then, stay crafty my friends. 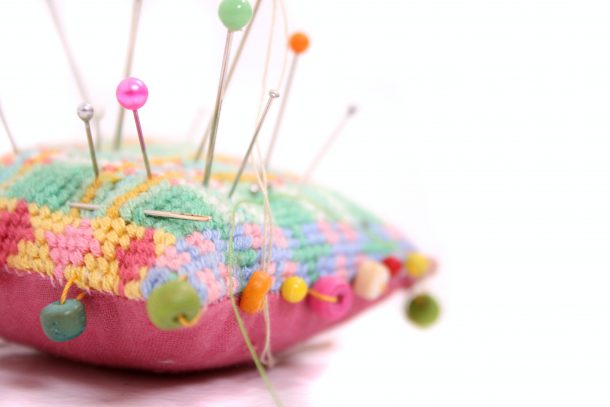 Join my email community today to receive all the latest updates (no spam, I promise!) and occasionally some exclusive crafting ideas & product offers! You can unsubscribe at any time with no hard feelings either!

Welcome to my List! Thank you so much for joining!